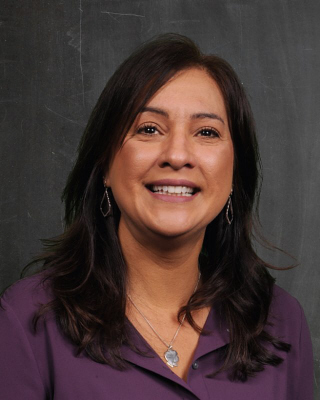 VCELS Principal | Veronica Beck is Principal of Valley Catholic Early Learning School and moved to Oregon from Texas where she is attended and worked at Catholic schools most of her life. Veronica has a B.A. in Interdisciplinary Studies from the University of Texas at San Antonio and a M.A. in Catholic School Leadership from St. Mary’s University in San Antonio. Veronica’s career in Catholic education began in 1993 as a middle school math teacher. From there she entered administration working as an Assistant Principal at Central Catholic High School followed by her most recent position of Principal at Mount Sacred Heart Catholic School. During her time in Texas, Veronica served on various academic committees, worked with accreditation teams, and coached middle school sports. Veronica and her husband, Aaron have two children that attended Catholics schools from PreK-High School. Currently their daughter is working on her graduate degree at Our Lady of the Lake University and their son is studying at the University of Oregon. Veronica is excited to be a member of the Valley Catholic community and looks forward to working toward the mission of the Sisters of St. Mary’s of Oregon.